There are a number of places that you may never have heard of even if you travel a lot and you would be surprised just how good some of these travel destinations are. There are some sights and scenes out there that don’t get visited a lot, but that are definitely worth seeing. Here are just a few of the places that you might want to consider for your next vacation or travel adventure.

The underground town of Coober Pedy in South Australia is a marvel in today’s world of above ground everything. Most everyone in this 3000 person town live underneath the ground. There is a hotel down there as well as a church, restaurant and a few shops as well. The town of Coober Pedy is famous for producing three-quarters of the opals in the world and living underground is a choice that residents have made, not only because they work underground, but also because they want to get out of the hot sun. The town’s name is interesting as well, meaning “white man’s hole in the ground,” from the Aboriginal language. 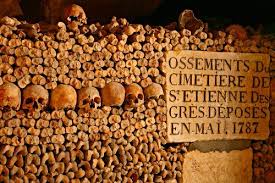 For those who want to check out the more macabre side of the world there is a very interesting place to visit in Paris, France. The Paris Catacombs are 180 miles long and are made of twisting and turning tunnels at about 20 meters under the ground. Even more interesting, they are the final resting place of more than six million souls that were buried between the years of 1785 and 1860. There are tours for about five bucks that will take you through the sights and smells of the Paris Catacombs, including a pile of bones that belonged to beheaded person that were the victim of the guillotine during the revolution.

Finally, there is the Seattle Underground which is located in the state of Washington in the United States. The city was actually built upon an older city that is down under the ground. The Great Seattle Fire of 1889 destroyed much of the city and officials decided to build it over the top. However, there are now tours that are open to the public to see the city that existed back then and the shops, businesses and streets from that time.