With the controversies flying around concerning same-sex marriage and the issue extremely volatile as supporters and opponents try to make their opinion known, you would think that companies would want to stay out of this hot debate, but one company may be taking a courageous step in the other direction. Victoria’s Secret is a company that epitomized femininity but transgendered model Carmen Carrera may be the first Victoria’s Secret model to be transgendered. Fans of Carrera are attempting to get her hired by the lingerie company, to be known alongside names like Miranda Kerr, Heidi Klum and Gisele Bundchen. 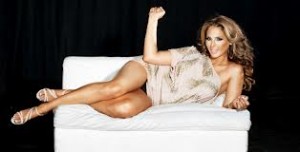 There is a Change.org petition about the issue, and the petition says that Carrera is a “force to be reckoned with.” The petition also tries to call Victoria’s Secret out and let them know that the entire LGBT community would be appreciative and that they would be showing the world that they embrace those who were transgendered. There are currently over 36,000 signatures on it. Carrera has not yet heard from the lingerie company as of yet however. “Trans women are a part of the female population and I think that they deserve a respectful representation,” Carrera said.

There has been no comment from Victoria’s Secret at this time. Carmen Carrera used to be named Christopher Roman and hails from New Jersey. She was part of the RuPaul Drag Race which is aired on the LOGO Network. She is a working model, signed by Elite Model Management. She has also been on the television show “What Would You Do” and has been in magazines and films. “It would be pretty amazing for Victoria’s Secret to be that huge corporation that embraces trans women. We shop there as well. I can only hope and dream,” Carrera said.