What A Pain In The Neck!

One thing that Pope Julius II completely and utterly failed to tell Michelangelo when he commissioned him to paint the Sistine chapel was what literally a pain in a neck it was going to be. The Chapel is where the Pope goes for his daily prayers followed by his retainers. Presumably, Pope Julius II wanted something nice to look at when he was there. The conversation probably didn’t go like this.

Cardinal, “Welcome your eminence to the Chapel”.

Pope Julius II, “Thanks. So I come here every day do I?”.

Cardinal “Yes your eminence. What do you think?”

Cardinal (intrigued), “Really? What did you have in mind…?”

What he had in mind was a series of “frescos” of the 12 Apostles but when he asked Michelangelo to have a crack at it he found that the great man had some pretty big ideas about what he thought it should look like in terms of the pictures around the outside of them. Very obviously Michelangelo was on one that day as the next thing Pope Julius starts hearing is that he’s going to get 9 pictures showing Gods Creation of the world, relationship with Mankind and Mankind’s fall from God’s Grace. We’re not talking a little paint by numbers here. 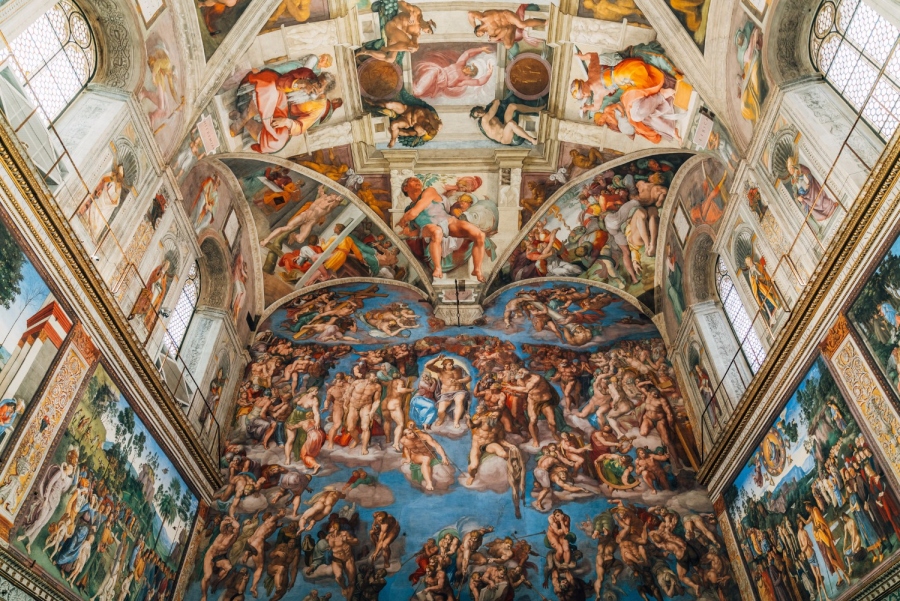 It might be that Michelangelo did this on purpose to put the Pope off. He might have hoped that the Pope would say, “No, just the 12 Apostles are fine thanks”, and then turn to a Cardinal with “say, where did you find this guy? Get rid of him”, as he was a little bit freaked out by the scale of it all. He would rather have sculptured something but the Pope gave him the nod on the frescoes and all was set for some of the most amazing examples of fine art there is.

The problem of painting 5,000 square feet of the ceiling in medieval times required quite a bit of engineering what with them not having access to cherry pickers or cranes. Originally Michelangelo was to walk across hanging boards suspended by ropes from the ceiling until he pointed out that would involve drilling holes in the thing he was supposed to be painting. Being a bright spark he created his own set of scaffolding that let him get up to the ceiling and start painting away. That must have been a fun commute. He developed pains in his neck by constantly looking up when he was up there. There is a myth that he lay on his back whilst he did this but apparently that’s not true. 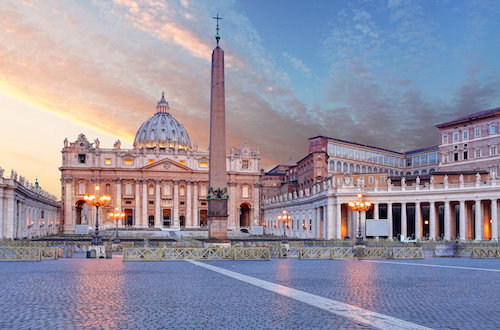 Perhaps he should have done, certainly would have saved him a lot of rub downs and the 4 years of his life. It would have been useful if the following article from the Victoria & Albert Museum had been written for the Pope to read (http://www.vam.ac.uk/content/articles/p/prints-21st-century/ ) and if Pope Julius had been able to giveGiclee Printing Services a call. Definitely quicker and a lot easier on the neck muscles.