A first for research

Organ-on-chip technology refers to artificial human organ use in affecting cells, a method that has sometimes been used in place of animal trials to test the safety of certain drugs. Imperial College London has been using this method and taking it a step further. They have utilized an artificial liver, initially created by The University of Oxford with the support of CN Bio Innovations, to test how it was affected by hepatitis B.

Hepatitis B is a virus that affects more than 257 million individuals around the world and is currently incurable. With no test model, developments in treatment have been slow. In the trial, the artificial liver was found to have similar responses to a real liver when infected with the hepatitis B virus, from infection markers to the activation of certain immune cells. The research has also suggested the means by which hep B is able to avoid human immune reactions. The cells used in the research lasted longer than traditional on-chip testing while also needing lower doses of the infection.

There is demand for companies undertaking and supporting adaptive phase 1 clinical studies, such as http://www.richmondpharmacology.com/specialist-services/adaptive-phase-i-studies. This type of research is imperative in driving forward scientific and medical innovation. 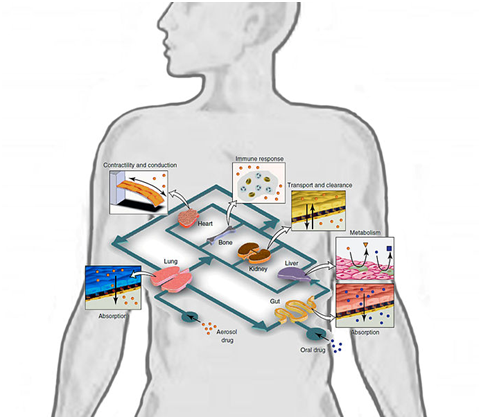 The lead author at the Imperial College London’s School of Public Health, Dr. Marcus Dorner, notes that this is a first in using organ-on-chip technology in the realm of viral infections. It is hoped that such technology could reduce the length and cost of clinical trials while providing more personalized, effective treatment for patients with hepatitis B.

At present, organs-on-chip also include kidneys, lungs, and the heart. In further studies that push the current understanding and use of this technology, the Wyss Institute for Biologically Inspired Engineering has used organ-on-a-chip to look at the effect of radiation therapy on the intestines.

Imperial College London’s research is still in its early days, but the results so far have been exciting and encouraging. In the future, it may be possible for actual patient cells to be used when testing specific medicines.