Can the Eagles and Patriots Make the Super Bowl Once Again? 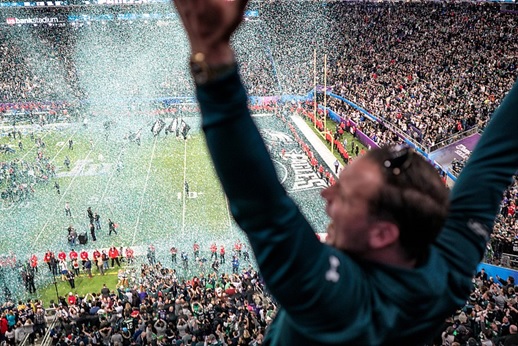 As the NFL season approaches, many people, including experts and fans of the game, are discussing who will win the Super Bowl this season. The two finalists from last season, the Philadelphia Eagles and the New England Patriots, look to be in pole position going into the new season. They both have a lot to offer, but can they provide us with a repeat of last year’s showpiece?

The Eagles found a way to win last season, beating the Patriots 41-33 in a thriller enjoyed by millions all over the world. If that game was a taster of what is to come from these two in the future then many would love to see them battle it out for the Super Bowl once again.

There is no doubting the fact that the Eagles were hugely impressive and what adds to their chances this season is that they have their regular number one quarterback available in Carson Wentz. He was drafted to be the face of the franchise and their offensive leader for many years to come. After an injury kept him sidelined last year, his reappearance in their lineup is a sight that opposing teams won’t be looking forward to. 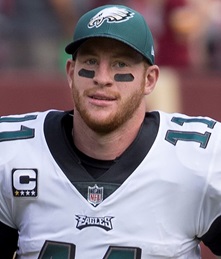 One thing New England do have going for them is star power, in the form of Tom Brady. He performed brilliantly in the Super Bowl last season, despite coming towards the end of his career. Brady has been there and done it all before, and he instils a great confidence into the Patriots that no one else from this generation of footballers can. He is a special talent and when he does eventually retire, he will leave a hole not just in the Patriots franchise, but in the game as we know it.

It is the Brady factor that has pushed New England to be favorites for the title, despite him just turning 41 years old. He will once again take to the field and those receivers playing alongside him will no doubt play a lot better than they should, because of the influence and impact he has on them. The new NFL season is almost here, and it would be no surprise to see last season’s finalists contending for the title once more.