The involvement of the social Networking sites in the human life is now quite common. A lot of social issues are discussed in this social media and a lot of new opinions, thoughts get its birth from here.

Union flag was flying over Belfast city hall and it created a lot of controversy there. This dispute is taking place for the last seven weeks there. How can Facebook remain out of it? There were two pages in which the information about this incident was getting updated time to time. Street Protest at the Northern Ireland was well discussed in these two pages by common people.

Now, this incident has already taken a violent turn because of the riots and hundreds of police officers have been wounded because of it. The role of social networking sites in various such issues is again under the scrutiny because of the decision taken by Belfast High Court. 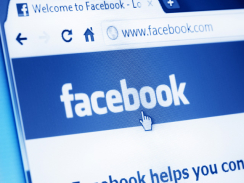 Belfast High Court has ordered Facebook for taking down those two pages which were providing information about the protest. They had to take this decision after threats were given to a catholic man through this social networking website.

Judge has also ordered not to publish any kind of details or picture of that person in any page on Facebook because it can increase the danger for that catholic man more.

It is true that often this social networking sites like Facebook help to create a mass opinion or appeal in any controversial social issue. However because of some violent comment given by its users, sometimes, this website can create problems.

However, the pages which have been ordered to be removed are still there in the Facebook. According to the Facebook authority, they have not yet received the court order regarding the judgment which was made on Friday night. This incident has been disputed by the solicitor of that catholic man.

Now this thing has quite cleared that the social networking sites are taking very essential part to create public opinions about various social issues. Now it can take adverse turns also like it has taken in this case. The person now is facing safety problems because of the comments made on Facebook.

This protest is going on for the last seven weeks and with time the protest has become more and more violent and all the necessary updates and information have come in those pages of Facebook and people have given their opinion quite openly.

Flying of the Union Flag in the Belfast City Hall has created huge controversy already. Now, Belfast high court has taken this strict decision because of a personal threat published in the page. According to the court if they allow the social networking site to have those two pages, it can create more violence.

Now how quickly will Facebook take down these two pages are still remains a question? Social networking sites are now always in the news because of their involvement in various social issues all over the world. However, they need to be little more cautious to allow this sort of commend in a case which has already created controversy.