Doors. We don’t think about them much but we use them a lot. We enter places and we leave places. To stir things up a bit, sometimes we can go in the exit and out the entrance. But seriously, not all doors are made equal and some are far more important and well-known than others. Let’s take a look at some of our capital’s most iconic and famous doors – the locations of thousands of tourist photographs and selfies. The doors have a celebrity status of their own and have come to represent London just like the red buses, pillar boxes and Big Ben.

This is a fine and iconic example of a Georgian style door. This must be the most famous door in London, if not the world. It is black with a lion’s head knocker and is indeed the only entrance or exit from the Prime Minister’s residence. This door is not the original but has been replaced with a bomb-proof replica installed during the 1990’s.

Us Brits love our detectives and none more so than Sherlock Holmes, who famously lived at 221b Baker Street. Now enjoying a modern reincarnation in the form of Benedict Cumberbatch, the front door used for the current BBC series is actually 187 North Gower Street.

The most famous door of the ancient abbey is the Great West Door, through which many notable people have passed, including the Duchess of Cambridge on her way to wed Prince William in 2011. 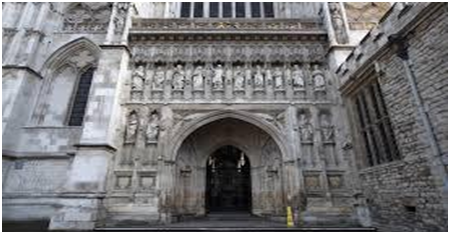 Stage Doors of the West End

Not strictly one door but many doors but they surely deserve a mention for all the thousands of fans who patiently wait after shows in the hopes of seeing stage stars make their exit. Stage doors outside West End theatres are often obscure and hard-to-spot, but that doesn’t put off all the keen theatre-goers who make it their mission to find them and wait to catch a glimpse of their favourite performers and grab those autographs. For Dublin Composite Doors, visit http://www.keanewindows.ie/composite-doors.html.

The entrance to the House of Commons plays a key role in the State Opening of Parliament when the official known as Black Rod bangs on it to summon the Commons to the Lords for the Queen’s Speech.

The Ivy was for a time, the most famous restaurant in London with many a celebrity photographed outside its doors as they dined here. Until recently, before the doors were sold off during an extensive refurbishment, these doors were very famous and iconic oak doors.

The Bank of England’s entrance on Threadneedle Street has two bronze front doors adorned with highly symbolic emblems. Each has a ‘caduceus’, the staff of bankers’ patron Saint, the Roman god Mercury. The left door shows a sailing ship, symbolising old ways of communication, while the right shows electricity to represent the new. Heads of lions also decorate each door guarding the treasure within.