Since the earliest ATVs hit the market in the 1960s, people have been exploring swamps, trails and dunes all over the world. Some of these areas can be downright gnarly, which only adds to the fun and adventure of exploring these places. It’s hard to beat the feeling of going airborne as you crest a dune on your quad. There is also the downright awesome feeling of churning through the soupiest of swamps in an old 6×6. While every ATV is undeniably fun, they all have their own strengths and weaknesses. Here’s a quick rundown of everything you need to know about the different styles of ATVs.

The very first ATV to hit the market is technically not known as an ATV anymore. When the first 6×6 was released in the early ’60s, it cleared a path for later personal off-road machines to find a market. ATVs that came later took the ATV moniker and the 6×6 is now referred to as an AATV (Amphibious All-Terrain Vehicle). This name describes them perfectly. These little workhorses are capable of traversing any sort of land, but they won’t stop there. They can be steered straight into the water and the 6 driven wheels will keep on turning until you’ve reached the other side. While they are capable of going almost anywhere, they definitely won’t do it a hurry. There is a reason boats aren’t propelled by wheels, but this system works for the 6×6.

While the 6×6 was the first to hit the market, the three-wheeler really brought ATVs to the masses. The three-wheeler was considerably cheaper than a 6×6 and gave just as much enjoyment. The early models came with no suspension, but had big, round balloon tires to take up the shock from the earth. Later models had suspensions which helped improve the handling. While many experienced riders will have a blast and stay safe, inexperienced riders can get themselves into a lot of trouble with the awkward handling characteristics. The safety concerns about these ATVs were so great that production ceased in the late ’80s. 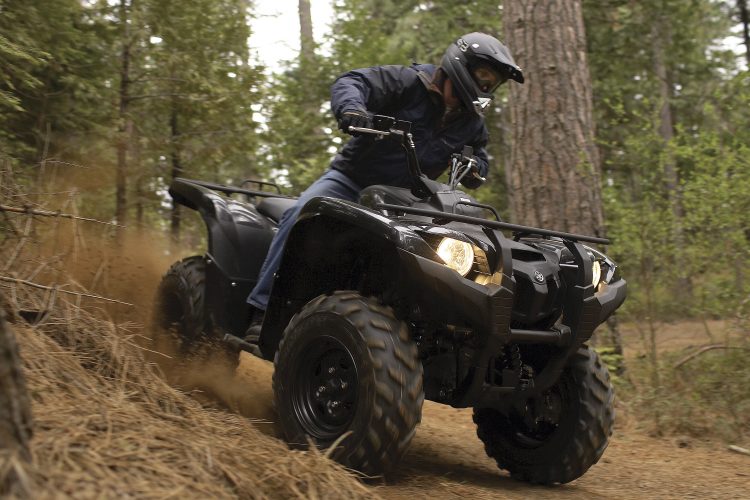 Undeniably the most popular ATV today, the four-wheeler was actually fairly late to the game. The popularity of four-wheelers exploded and has remained high ever since. Introduced in the ’80s, it didn’t take long for them to show why they are the preferred recreational vehicle for so many people. Speed, handling, and stability are all greatly improved over those previously mentioned. Two-wheel drive sport models can take a skilled rider many places, but a four-wheel drive utility version come close to matching the 6×6 in terms of where it can go. There aren’t many downsides to a four-wheeler when compared to other ATVs, unless you’re a fan of having something old and unique.

There you have it, a quick guide to ATVs. Whether you prefer the retro feel of cruising around with something fun and different or the reliability and performance of today’s machines, the important thing is to get out and ride as often as possible. Any number of wheels can carry you to a great time.

This guest post was provided by Dirt Toys Magazine, a publication dedicated to the latest gear and reviews such as the Polaris RZR XP and the Yamaha YXZ1000R for the off road enthusiast. Print and digital subscriptions are available.