Know The Drill When It Comes To Playing Rugby

The Rugby World Cup has created a lot of excitement for the sport with some fantastic games and surprise results. So, for a coach it is a good time to get players practising their rugby drills.

The television coverage meant even more people were exposed to the game and could see just how skilful rugby players need to be. They also need to be super fit and strong to try to win the ball off their opponents. 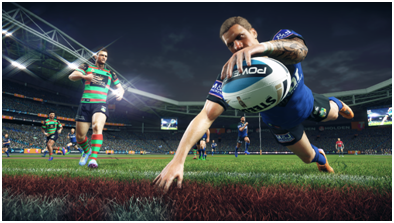 The basic aim is to stay onside, win the ball and either run with it, kick it, pass or score a try while avoiding being tackled.

Avoiding being tackled is one of the most important areas, especially when you are coaching or training players.

The RugbyHow website advises you to run at your opponents instead of running at an angle or kicking the ball past them. It says that by running at the opponents, you tend to fix them in position and remove their advantage. You are being proactive while they can only react to your position.

A rugby coach can help players improve their skills in tackling and how to avoid tackles. There are various drills that teams can practise to keep sharpening their game, whether they play in a league or in friendly competitions.

Rugby drills can also be varied, such as doing press ups at each set of cones when learning to keep in a solid line while defending.

It’s also motivating to be part of a team. Sport England says that the saying ‘we’re all in this together’ is certainly true when playing team sports. As a team you can encourage and motivate your players and you have someone to share in the wins and the defeats.

The key for a trainer or a coach is to keep the players motivated by trying different ways to practise their chosen sport. Creating a sport plan is a good way to make sure you cover all the different techniques of the game with different drills plus added incentives so the sessions do not become monotonous.

If players become bored, this can reduce their interest in the game and this will lead to a lack of motivation on the pitch.