How Do Golf Balls Affect Your Game?

Golf is rightfully considered as a gentleman’s sport. The game’s appeal lies not in the breathtaking physical achievements of its top players, but in the sheer power of human intelligence and cunning on display. A great golfer can be marvelous to watch, all effortless swings and quiet confidence. But golfing is the kind of sport where having the right tools can make all the difference in the world. Even beginner golfers know all about the wide variety of clubs on the market and the roles that they play, but not everyone is aware of just much that little white ball on the field matters in this sport. 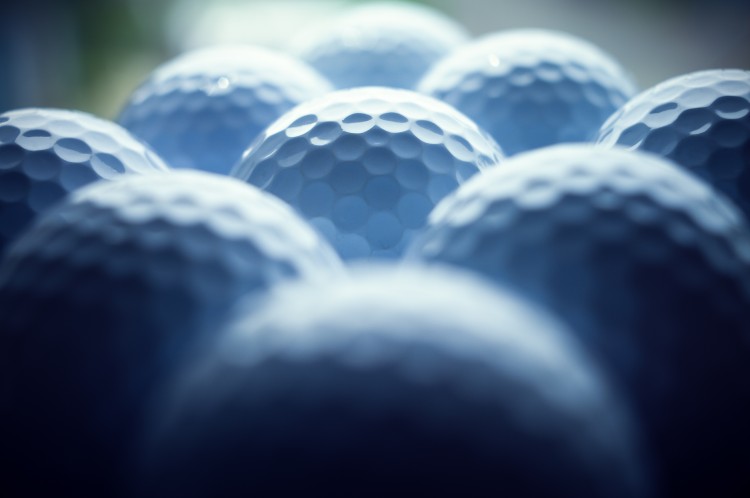 Golf balls have been around for centuries, but their look and feel has changed drastically throughout the years. From the handcrafted feather ball that ruled the 17th and 18th centuries to the “Guttie” ball that still occasionally broke in mid-air all the way to the dimpled designs of today, golf balls are an essential part of the sport. Their importance goes beyond mere aesthetics, since the way a golf ball is designed and built can have a massive influence on its lift and trajectory. This is essential because golf rules don’t specify one single standard when it comes to ball design, which means that players are free to improvise and modify their balls as long as they fall within certain guidelines. With that in mind, here’s a list of the most important features in a golf ball and how each can drastically impact your game:

The only strictly regulated rule of them all. Today all balls are required to be exactly 1.68 inches in diameter, but just a few short decades ago, the smaller so-called “British ball” of 1.62 inches was still allowed and used by some golfers because it flew further on average. A famous case was the 1961 Open Championship where Arnold Palmer and his trusty small ball and 1-iron won the day despite intense winds and a massive torrential downpour.

For hundreds of years, the balls employed in golfing where nothing more than leather pouches stuffed with goose feathers. Rarely did two balls share the exact same characteristics, which made them erratic and difficult to control. Nowadays, however, there is en entire science dedicated to finding the best possible materials for ball construction. Amateurs tend to do just fine with two-piece rubber balls, for instance, but high-end professional often prefer three or even four-piece balls that allow for greater spin and direction control.

Whenever a golf ball is hit it briefly gets squished by the force of the club before reverting back to its round shape. This level of compression that the ball achieves can be regulated through clever design. Therefore higher-compression balls will be able to travel wider distances, while low-compression balls favor slower swing speeds while offering better control. Beginners, seniors and women are generally advised to opt for the second category due to the fact that low-compression balls tend to be easier to control overall.

Finally, the defining characteristic of the modern golf ball lies undoubtedly in its dimpled design. This wasn’t always a given, as older balls had normal, smooth surfaces. But players noticed that balls tended to perform better after they were nicked in one form or another through prolonged use, which gradually lead to the implementation of these dimples. It’s worth mentioning that ball manufacturers have performed extensive research to try and figure out the optimal pattern of dimples, as well as their ideal depth and shape. Since some companies arrived at a different conclusion than others, it’s common to find different dimple patterns on otherwise similar balls. What’s more, the dimple pattern has a direct effect on the performance you’re liable to get from your ball. For example, a distance golf ball will always be dimpled in such a way as to facilitate a low flight and a high bounce rate, while a control ball’s dimples will be designed for higher lifts and more stopping power.

That’s pretty all the info you need in order to gain a better understanding on golf balls and how they work. Just remember that, in golf, just like in any other sport, the more you study the game and all its components, the better off you’ll ultimately be for it.