Who Will Be The Shining Premier League Stars In France?

As the excitement and anticipation over Euro 2016 intensifies, many pundits are casting one eye ahead to the summer in France. This site has already examined which teams may do well in the tournament, but now it is time to consider which individual Premier League players will make a big impact for their countries. 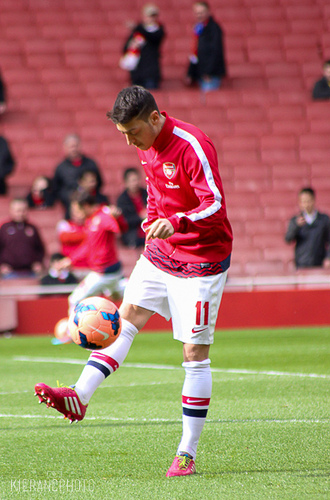 The most expensive German of all time gained international recognition when he was nominated for the Golden Ball Award in the 2010 World Cup. Since then he has been an integral part of the German team, helping them to a win in the last World Cup in 2014. He was the top scorer for Germany in that campaign with eight goals in the competition. This season at Arsenal he has been enjoying fine form and has finally justified his whopping £42.5million transfer fee. He has become somewhat of an assist machine and is currently one of the favourites to pick up the PFA Player of the Year award at the end of the season. The reigning world champions are at the time of writing at odds of 3/1 in the betting to win the Euros. If they are to go all the way, Ozil will be a key figure in their progression.

Dimitri Payet has been one of the stars of the season in the Premier League since his move to West Ham last summer. He has displayed exceptional skill and his vision and attacking prowess have turned the Irons into a completely different side. Towards the end of last season they were lacking inspiration, to put it kindly, but now they are one of the most exciting teams in the league. A lot of this can be attributed to Payet.

Although France have a very strong squad, many people think that the playmaker’s name should be one of the first on the team sheet. As the host nation, they have a solid chance of progressing to the latter stages of the tournament, which will give Payet an opportunity to show what he can do on the world stage.

Dele Alli is only in his first full season for Tottenham Hotspur, but he has made an instant impact and is now a crucial component to this title-challenging team. Originally fielded as a holding midfielder by Mauricio Pochettino, Alli came into his own when injuries forced him into a more attacking position. Since moving to the number 10 role, he has been racking up the goals and assists in nearly every match he has played. He has shown flair and skill, and some of the goals he has scored have been truly spectacular. These outstanding performances have made the 19-year-old a favourite to win the PFA Young Player of the Year award.

Roy Hodgson should give this young player a chance, because although he lacks experience, he makes up for it in his hunger and passion. If Alli plays and England progress, he could really relish this opportunity to make his name and cement himself in the England side.