5 Casino Hotels You Must Visit In Las Vegas

If you think of Las Vegas you immediately think of gambling, with the city boasting some of the most impressive casino hotels in the world.

A trip to the casino will inevitably form a part of any visit to Las Vegas, but there’s so much more to enjoy across the various venues.

Read on for our top five casino hotels you must visit in Las Vegas.

The iconic fountains at the front of the Bellagio are a must-see attraction for anyone who visits Las Vegas.

The mega-resort is home to the Bellagio Gallery of Fine Art, an idea implemented by hotel founder Steve Wynn.

The massive dark-wood-designed hotel and casino is filled with water features, including fountains that greet guests at the entrance.

Invest your winnings from the Leo Vegas offer to dine at one of the Aria’s world-class restaurants which include Masayoshi Takayama’s Bar Masa and Shaboo.

The Aria is the epitome of luxury and attracts many high-rollers through its doors. 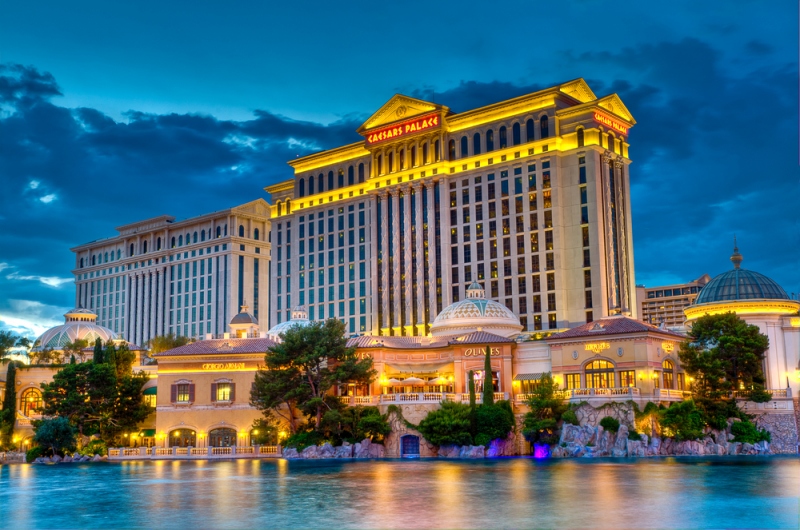 The legendary Caesars Palace has been hosting major events since it opened in 1966.

The venue has staged some of the most famous boxing matches in history and currently features celebrity-owned restaurants, seven swimming pools and an upmarket spa.

Celine Dion, Elton John and Rod Stewart are amongst the music stars who have played at Caesars, and the location has been used in numerous films including Rocky III and The Hangover.

Gondoliers guide you through the Venetian, transporting guests to the waterway that cuts through a replica of St Mark’s Square.

Some of the city’s tops shows have taken place here including Jersey Boys and Phantom – The Las Vegas Spectacular.

A trip to the Venetian wouldn’t be complete without a visit to Lagasse’s Stadium – a sports bar restaurant with stadium-seating featuring elevated game-time classics and gourmet options from Emeril Lagasse.

Mandalay Bay is a mega-resort with over 3,000 rooms and a vast array of entertainment venues.

The 12,000-seat Mandalay Bay Events Center hosts boxing and mixed-martial arts events, while the House of Blues features a variety of music acts.

For family fun check out Shark Reef, a watery walking park filled with sharks and other delightful aquatic creatures.