By now, it seems almost everybody on the internet has seen the CGP Grey video “Humans Need Not Apply”. The so-called “threat” of automation looms over our heads like a dark cloud, and those doomsayers that see nothing but technological unemployment in the world’s future are making a lot of noise–but unfortunately, throwing down arms and giving up doesn’t seem like a viable solution. Fortunately, many agree that even if massive robot-induced layoffs do happen, they won’t happen for a long time in the future.

What is for certain is that robots will be assisting humans by taking over tasks that can be automated. In some instances, this may lead to technological unemployment, such as with self-driving cars. Taxi and Uber drivers might be forced to find other work, much like farmers in the 1800s were, due to disruptive technological innovations. While this might affect the livelihoods of millions of transport industry professionals–and believe me, when I say ‘affect’ I mean it may hit them hard–this is still minuscule in comparison to the amount of lives lost every year due to preventable human error, not to mention the cost of legal fees and penalties accrued from DUI and other violations.

The point is that when the benefits outweigh the harms, even if those harms mean the short term unemployment of millions of people, there’s no stopping technology from advancing. The only things people can really do is prepare, and in the short term, that means recognizing what separates us from the machines. According to Phil Wainewright of Diginomica.com: “The thing that machines do really really well is analyze and repeat patterns, and automate. The things that they do very badly is adapt to change. That’s what humans are good at.” 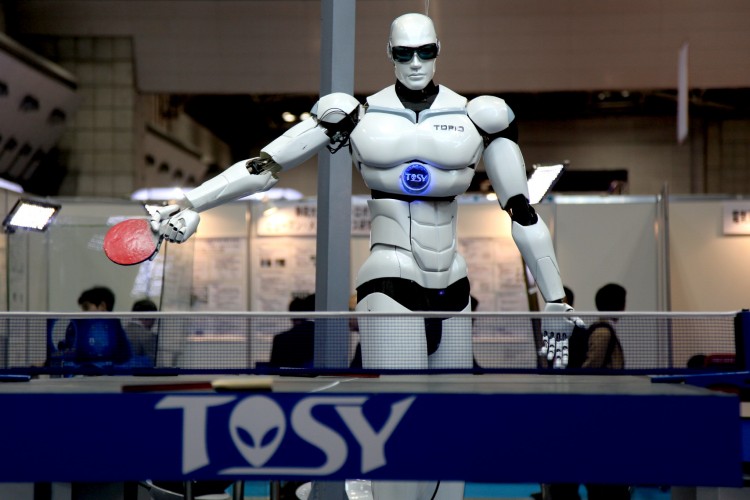 Upskilling for the Win

It seems like some sort of paradoxical bit of Eastern philosophy to suggest that in order to adapt to change we must simply learn how to adapt to change–but it obviously goes beyond this simple redundant statement. What we’re really talking about here is learning how to “upskill.” According to Ton Dobbe, author of “Social Implications of Upskilling as Robots Take Over” published on Unit4’s blog, “upskilling improves the current skill sets of employees so that they can thrive in an environment where automation handles most low-skill duties.”

What this means is that you have to first get employees to utilize and understand technology that can supplement their jobs if they don’t already. Create a tech-friendly work-environment. Once your employees understand how the tech that can help do their jobs for them operates, they can better look at ways to adapt that technology and supplement it. People forget that machines aren’t the end-all and be-all to everything. For the time being, they still need direction.

Create an Environment that Embraces Change

The biggest reason that people aren’t too keen on digital disruption and automation is that they too often get stuck in their ways. They don’t want to adapt, and they don’t want to change. Unfortunately, employees like this are going the way of the buffalo. Coming to work disengaged and looking only for a paycheck is not going to cut it anymore. Make sure that your employees are actively engaging and looking for ways to improve their own work. Environments like these will ensure that A.I. and automation are received not as overlords that will dictate the jobs market, but rather as the most advanced tools on the planet that can help an employee do their jobs better.

The cold hard fact is that automation is coming–whether or not it’s going to be the disastrous game changer that people are making it out to be… well, that’s up to us.