Augmented reality is the latest buzz phrase in the technology world, particularly with the hugely anticipated iPhone X soon to be unveiled.

The technologyhas its origins as far back as the 1950s, although it has significantly accelerated over the past two decades.

AR has been used in CAD programs for aircraft assembly and architecture, simulation, navigation, military and medical procedures.

Tasks including assembly and maintenance can be simplified to assist in training and product prototypes can be mocked up without the need to manufacture. 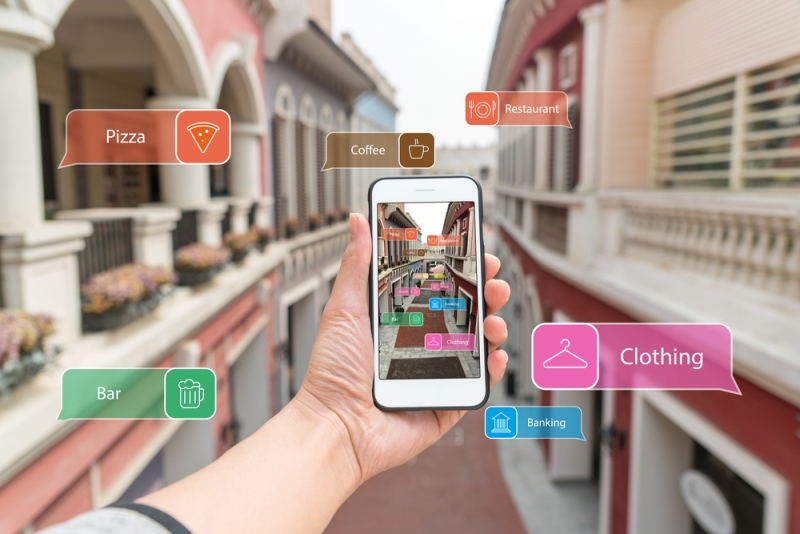 What is Augmented Reality?

AR is hidden content, generally concealed behind marker images that can be included in printed and film media, as long as the marker is displayed for enough time in a steady position for an app to identify and analyse it.

One of the more recent uses of AR has seen advertisers create a 3D render of a product – perhaps a car – and trigger this as an overlay to a marker.

The consumer can then access a 360 degree image of the product, making it much easier for the individual to decide whether they wish to make a purchase.

How does it Work?

Using a mobile application, a smartphone camera identifies and interprets a marker – usually a black and white barcode image.

The software analyses the marker and creates a virtual image overlay on the phone screen, tied to the position of the camera.

This allows the app to work with the camera to interpret the angles and distance the mobile phone is away from the marker.

Only certain smartphones are capable of supporting augmented reality with any success and the iPhone X is expected to be a major step up on what has previously been available.

To be able to use AR your phone must have a camera and, if the data for the AR is not stored within the app, a good 3G internet connection.

Future developments in AR could change the way buildings are designed, give you the opportunity to successfully carry out car repairs or transform how information on a satellite navigation system is presented.

While the technology is still playing catch up with some of the possibilities people have imagined, augmented reality is certainly an exciting development and looks here to stay.