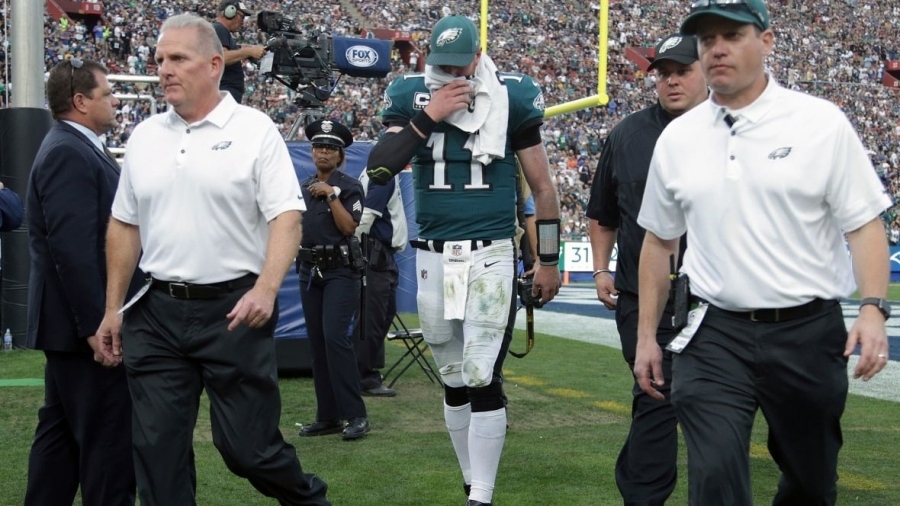 The NFL has been plagued by injuries to many star players this season. Those on the injured reserve list could make up an All-Pro team, such has been the loss of talent from the league. MVP candidate Carson Wentz has become the latest player to be struck down. The Philadelphia Eagles quarterback suffered a torn ACL during his side’s win over the Los Angeles Rams.

Wentz had enjoyed an outstanding second season in the NFL, leading his team’s charge towards the playoffs. The Eagles were well-placed for an assault deep into the post-season with Wentz in place. His 33 touchdowns led the league and broke Philadelphia’s franchise record for most passing strikes in a single term.

The loss of the 24-year-old could end the club’s hopes of securing their first crown in the Super Bowl era. As a result of Wentz’s injury, the Eagles’ betting odds on Sportsbet for the Vince Lombardi trophy have diminished with Nick Foles replacing him as the signal caller. However, Philadelphia are just one of a number of teams that have lost key cogs in their unit.

The Houston Texans’ season was over before it began. The club’s two defensive stars JJ Watt and Whitney Mercilus were ruled out for the season after suffering critical injuries in the same match in week four of the campaign. Impressive rookie quarterback Deshaun Watson provided excitement by flashing his ability, passing downfield with ease. However, the 22-year-old tore his ACL after a narrow defeat at the hands of the Seattle Seahawks. At 3-4, the Texans were still in the playoff hunt, but the injury to Watson crushed their hopes, winning just one game since.

The Cardinals have also suffered from injury woes. David Johnson was predicted to have a huge season for the club out of the backfield. The 25-year-old was a first-team All-Pro in the 2016 campaign, collating over 2,000 yards from scrimmage along with 20 touchdowns. However, he lasted just one game before suffering a wrist injury that has cost him the term. Quarterback Carson Palmer was next to go down with an arm ailment. Their replacements Blaine Gabbert and Adrian Peterson have kept the club competitive, but it’s not the return to the playoffs that could have been on the cards with Johnson and Palmer in the line-up. 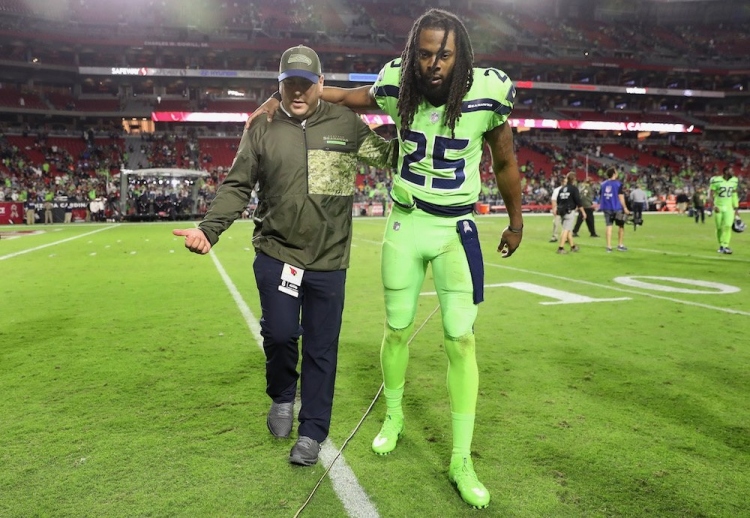 One of the powerhouses in the NFC Conference Seattle have also been hit hard. Their secondary the ‘Legion of Boom’ lost Earl Thomas last season, playing a role in their playoff defeat last season. This term, they’ve seen All-Pros Richard Sherman and Kam Chancellor ruled out, while defensive end Cliff Avril has joined them. In their defeat at the hands of the Jacksonville Jaguars, injuries to Bobby Wagner and KJ Wright sent the defense down to bare bones. If those problems to the linebackers are serious it could be the tipping point for Pete Carroll’s men in their season.

Injuries can destroy seasons, but the Minnesota Vikings have managed to rise to the challenge. Before the 2016 season quarterback Teddy Bridgewater suffered a devastating knee injury. Sam Bradford arrived in a trade, but the club were not able to reach the playoffs. The Vikings started the current term with Bradford in place, although he has been ruled out since week one.

Case Keenum has played beyond expectations to guide Mike Zimmer’s men towards a first-round bye in the playoffs. The Viking also lost outstanding rookie running back Dalvin Cook to a torn ACL, although they’ve still managed to keep scoring on offense. Minnesota are built deep on the roster and have managed to overcome their issues to surely secure playoff football.

The Green Bay Packers could have Aaron Rodgers back from his broken collarbone for a late surge. Brett Hundley has kept them in with a chance in relief of the two-time MVP. The Packers could be dangerous down the stretch should the 33-year-old find his form after his absence.

The reigning Super Bowl champion, the New England Patriots lost two key players in the form of Julian Edelman and Dont’a Hightower. Both men were crucial in their triumph in 2016, but the club have been forced to play on without them this term. The Patriots are on course for another run at the Vince Lombardi crown even with those two stars on the sidelines.

Injuries are not all equal, but the hope for the Eagles is that teams have proven that moving forward without key players can happen. Wentz’s injury is a sickening blow, but Doug Pederson’s men have to carry on without the 24-year-old.