Hollywood is no stranger to producing classic movies, or films that develop a cult status, but amongst all the success stories out there, the 1978 release of the trucking action adventure, Convoy has got to be one of the most outstanding. 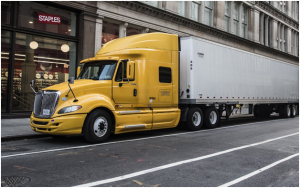 The Plot in Brief

Take a group of hard-core American truck drivers, hard done by heroes tricked into paying unnecessary speeding fines, and a sheriff who is anything but honest and you immediately have the classic tussle of good versus evil, which audiences love as much now, 40 years later, as they did then.

Part of the film’s success is the way it tapped into the ultimate craze of the time – CB (Citizen’s Band) radio. Originally largely used by truck drivers to pass on information about good fuel prices or police traps on the road, it soon seeped into popular culture, and in those pre-Internet days was a novel way of communicating with neighbors, friends, and strangers. After the film was released pretty much anyone could recognize the meaning of “Breaker one-nine, this here’s the Rubber Duck!” 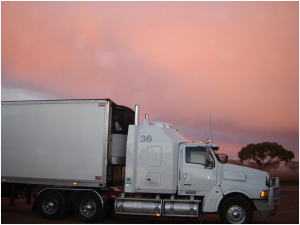 The inspiration for Convoy

CB radio may have played a large part in the film’s appeal, but it was inspired by a 1975 country and western chart hit sung by CW McCall and Chip Davis. The film cost $12 million to make and brought in $45 million at the box office. In today’s money that is the same as a whopping $226 million!

And the people Convoy inspired

Will Shiers is a British lorry driver, and he thanks Convoy for leading him to the career he loves. Shiers believes he is just one of an entire generation of young people who set their sights on a life on the road after watching it! Life for modern truckers like Will may not be as action-packed, with things like tachographs and getting the best price for HGV insurance through specialists such as https://www.quotemetoday.co.uk/hgv-insurance to think about, but there’s still plenty of adventure to be had.

Meanwhile, the film continues to have an amazing impact. Rubber Donald Duck figures, which can be fixed to car bonnets, are being sold in aid of Breast Cancer Awareness. What a great way to commemorate the movie that so many acclaims as a true classic.