The women we see today are tough, independent and free to show their sexual preferences without being judged or mistreated. The 21st century woman is no longer perceived as an asexual being that doesn’t have the right to personal sexual desires and relationship expectations. Compared to the past, women today claim to be regarded as equal to men, not only from a financial, social point of view, but at a deeper level as well: from a sexual point of view.

If we are to take a look back at how women were seen in different societies and how they were expected to behave then, in comparison to nowadays, we would see huge differences, most likely unacceptable by the modern woman.

How were women supposed to be in the past, when the sexual pleasures of females were a taboo? 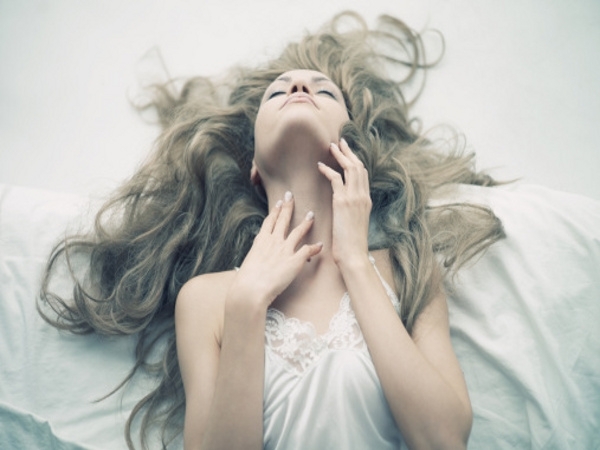 When Women Had Only One Purpose: Procreation

There used to be a time when women had a sole purpose in society: to procreate. Their role in society was a very practical one and nobody even gave a thought to what women wanted for themselves. Women were expected to want what society considers appropriate for a woman to want. The thought that a woman may be more interested in pleasing herself than a man scarcely crossed anybody’s mind. It would have been preposterous for a woman to have or manifest her sexual desires, as this would have been found frivolous and out of order. Thinking of pleasing herself whenever she wanted or however she wanted may have happened in private, but most young women were raised thinking this was shameful and to be avoided at all cost. It was forbidden to be open about any sexual subject.

Talking or learning about sex was taboo. In times when skirts were supposed to be over the ankles and knowledge dangerous to a young woman’s mind, the expectations were to get married and start a family. Sexual acts were perceived as necessary of course, natural, but only to please the man. Sexual acts were seen as a duty for the female, as something to be done in order to have children and gain the approval of the admirable part of society. Given these popular beliefs, women perceived sexual pleasures as something morally harmful, to them and to their family’s reputation if things were to go wrong (like pleasing another man than expected or giving in to personal urges). Therefore, women of high morals usually convinced themselves their sexuality did not exist or avoided any inappropriate manifestation, at all cost.

If a woman was consumed by lust, she was seen as immoral. Women who had sexual relationships for their own pleasure were seen as immoral and were rejected by society. They were considered unwise, reckless beings, even inferior and thus undeserving of a place in society. As a result, women who were caught having sexual relationships outside the boundaries set by society were harshly judged and punished. How was a woman supposed to act to be socially accepted, have a family and be happy? She was supposed to be devoted to a pure life and suppress her sexual desires and acknowledgements. Sexual desires were acceptable, more or less, only in the marital relationship where women had one key role: a reproductive one. Women were supposed to be mothers, not mistresses.

How did these deep social beliefs impact women in the past? Since sexual pleasures and relationships before marriage were seen as injurious actions to a woman’s integrity, women used to see themselves as asexual beings. They suppressed any sexual desires they may have gained in their adolescence years. Therefore, they denied to feel and did not acknowledge their biological needs. In fact, biological needs were seen as irrelevant and even dangerous for a woman’s status and future.

As a result, women were educated to never regard men in this way, but as a mean of achieving financial support, having children and a relevant place in society. Sexual acts before marriage were out of discussion and strongly forbidden to young girls. Only parents had the right to choose whom their girls were going to marry and how their personal relationships were going to be. Since women were barely left to choose their future life partners, they did not even dare to think about their own sexual needs.

Today, things are no longer as difficult for women as they were in the past. Back in the past, women who chose to express their sexual enjoyment were thought to bring disorder to society. Today, women who free their sexual pleasures, who can experience the benefits of sex toys on women sexuality, and please themselves are considered to be healthy women.

Women are free to display their sexual inclinations without being judged by those around and asked to act in a particular way. They are not seen only as tools. They are not supposed to be just wives and they can enjoy more of the world’s delights and duties, not just that of setting up a beautiful family.

Women today have the right to speak their minds, to talk about their ideas and share their sexual beliefs and can do it without creating adversity. In contrast to the past, they no longer suppress their sexual needs, but express themselves as well as they can, in a healthy and constructive way, building relationships based on equality. They know how important it is to be sexually active, to avoid frustrations and build their happiness. This attitude contributes to their health and wellbeing and is immensely beneficial to those surrounding them. Women today are lucky to have this right, the right to express their sexuality freely.